Panic! at the Disco 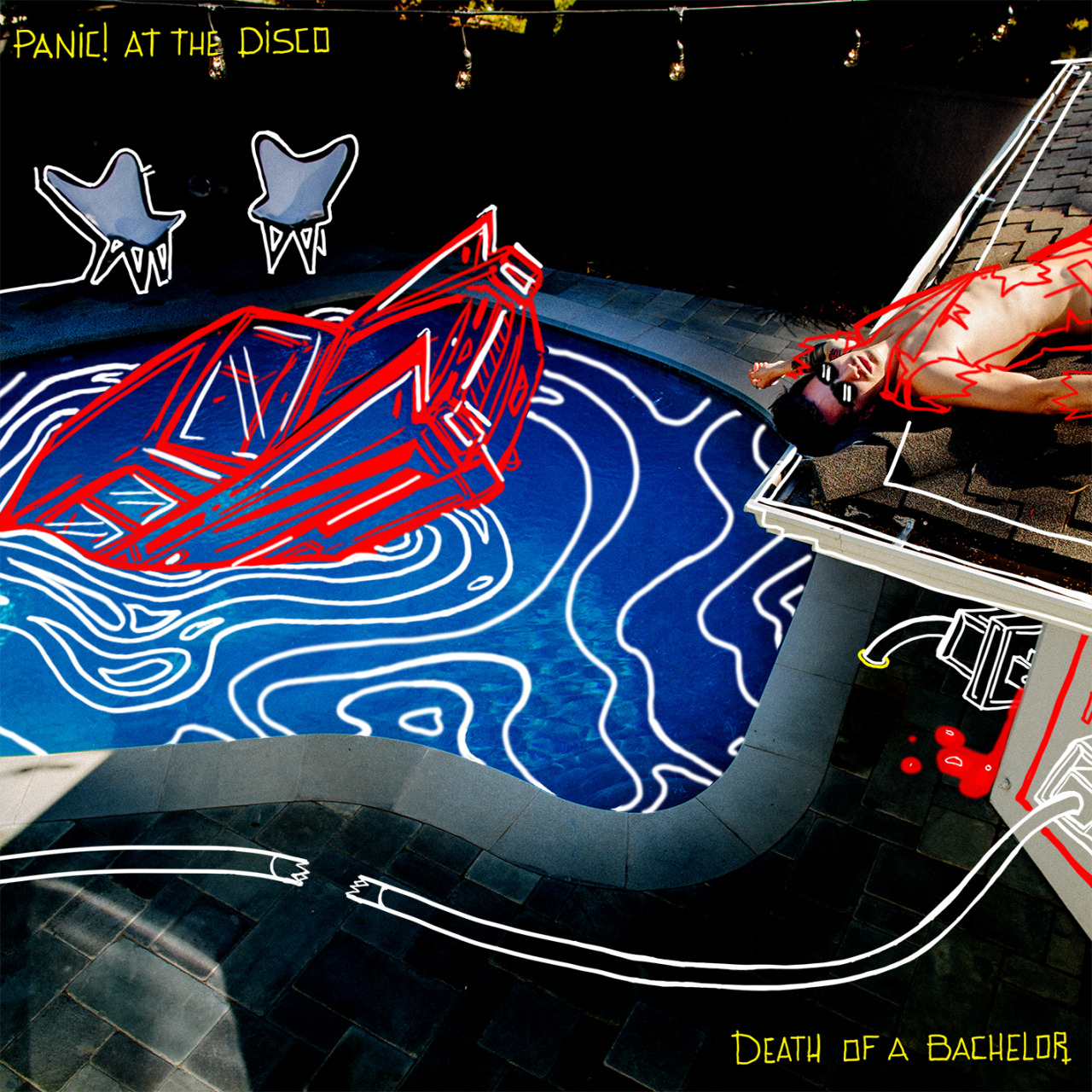 DCD2/Fueled By Ramen recording group Panic! At The Disco has announced that their highly anticipated fifth studio album, DEATH OF A BACHELOR, will arrive everywhere on Friday, Jan. 15, 2015. The album is now available for pre-order on the iTunes Store accompanied by three instant grat downloads: “Emperor’s New Clothes,” “Hallelujah,” and the recent #1 hit, “Victorious.”

The clip continues upon 2013’s Cloud-directed “This Is Gospel” video, which has earned close to 40 million views. Panic! At The Disco will introduce fans to DEATH OF A BACHELOR with appearances at a number of radio festivals around the holidays and intimate shows in early January 2016 – London’s Brixton Academy on Jan. 12, New York City’s Le Poisson Rouge on Jan. 14, and Los Angeles’ historic Tower Theatre on Jan. 19.

Produced by Jake Sinclair (Taylor Swift, Fall Out Boy), DEATH OF A BACHELOR marks the first release from Panic! At The Disco in nearly two years, following 2013’s acclaimed TOO WEIRD TO LIVE, TOO RARE TO DIE!. The album has already generated significant steam – current single “Victorious” rocketed to #1 on iTunes Top Songs chart, # 1 on Billboard + Twitter’s Trending 140 chart, while also trending worldwide on Tumblr and Twitter. The track is currently soundtracking postseason baseball coverage on the MLB Network and will also be featured in the trailer for 2K Sports’ hugely anticipated “WWE 2K16” video game, set to debut Sunday, Oct. 25 during WWE Network’s Hell In A Cell event and then air across all WWE programming including USA Network’s WWE Raw and Syfy’s WWE Smackdown.

The first single off DOAB, “Hallelujah,” made chart history for the band with a Top 40 debut on Billboard’s “Hot 100” – Panic! At The Disco’s second Top 40 hit and first since 2006’s breakthrough classic, “I Write Sins, Not Tragedies.” The album’s title track premiered exclusively on Apple Music’s Beats 1 Radio where Urie described “Death of A Bachelor” as, “It’s like some Beyoncé beats with some Sinatra vocals. It’s really crazy… [Sinatra’s] music has been a major player in the soundtrack of my life. So it’s only right that I return the favour and/or pay it forward.”

DEATH OF A BACHELOR is the follow up album to TOO WEIRD TO LIVE, TOO RARE TO DIE! which made a top 2 debut on the SoundScan/Billboard 200 upon its 2013 release. The album was fuelled by the RIAA gold certified single, “Miss Jackson (Feat. Lolo),” and quickly proved a top 10 favourite at Modern Rock radio outlets nationwide. In addition, the song’s companion video – featuring actress Katrina Bowden (30 Rock) – scored major rotation at MTV2, mtvU, FUSE, and Logo’s “NewNowNext,” while earning close to 25 million views.

Released in 2005, Panic! At The Disco’s double platinum-certified debut, A FEVER YOU CAN’T SWEAT OUT remains one of the biggest selling debuts in Fueled By Ramen history. Singles like the 2x-platinum smash, “I Write Sins Not Tragedies,” earned the band international acclamation and a fervent fan following around the globe, also receiving a number of major honours including multiple Grammy® nominations and the prestigious MTV Video Music Awards “Video of the Year” prize for the “I Write Sins Not Tragedies” video.

Panic! At The Disco’s acclaimed second album, PRETTY. ODD. arrived in 2008, debuting at #2 on SoundScan/Billboard 200 album chart upon its initial release. The album’s popular success was matched by a wave of critical applause, with NME declaring it “a victory for artistic ambition over cynical careerism, one of the feel-good psych-pop albums of the year.” They returned three years later with VICES & VIRTUES. The album – which features, “The Ballad of Mona Lisa” and “Ready To Go (Get Me Out Of My Mind)” – made a spectacular chart entry upon its March 2011 release, entering the SoundScan/Billboard 200 at #7, while also coming in at #2 on SoundScan’s “Alternative Albums” chart.