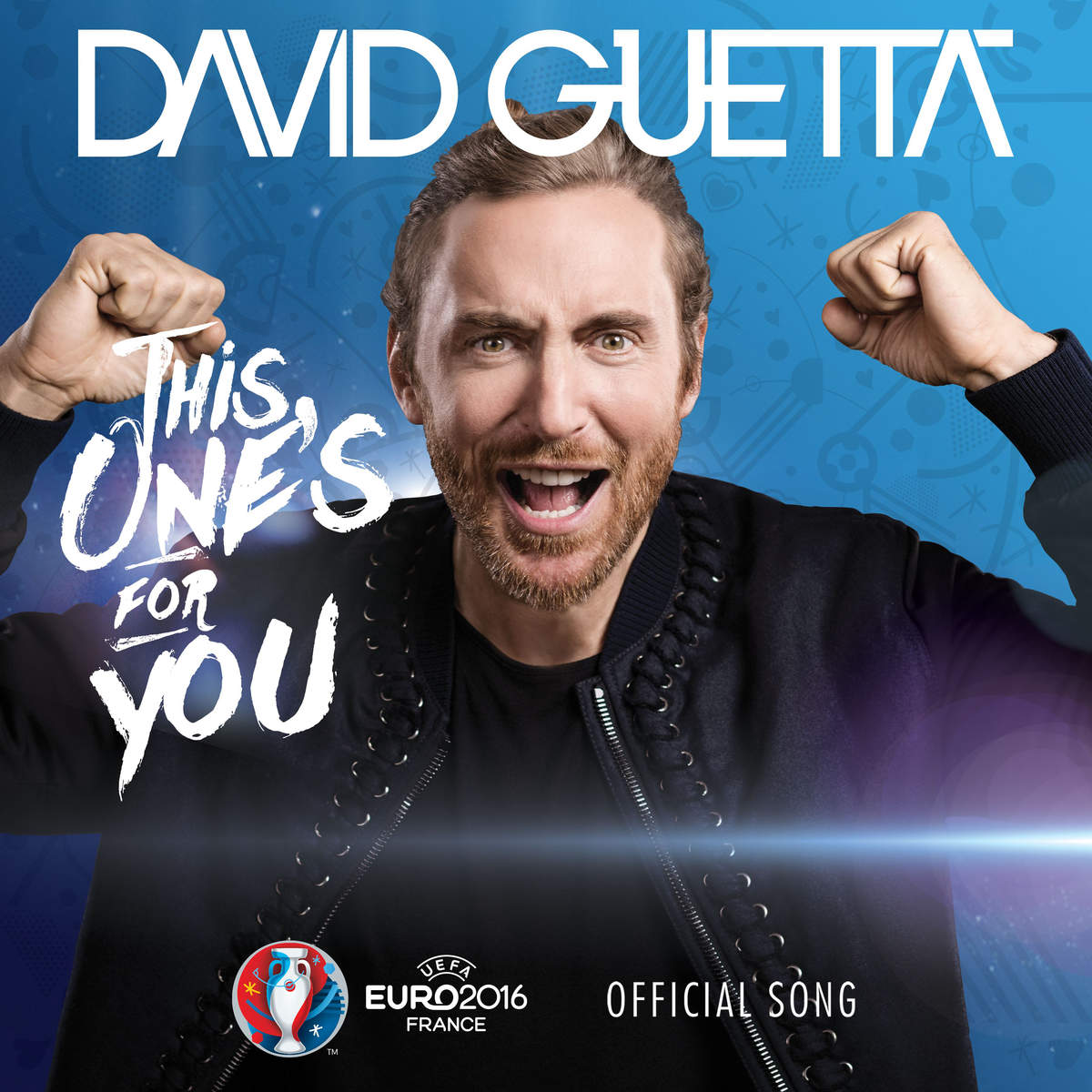 UEFA EURO 2016’s music ambassador and world’s biggest electronic music artist, David Guetta, is proud to unveil the tournament’s official song, ‘This One’s For You’ featuring Zara Larsson, which will be available to buy and stream from May 13th.

Recorded with the help of over one million fans from around the world via a special online online app designed by UEFA, ‘This One’s For You’ reinforces the same themes of unity and togetherness that form the cornerstone of UEFA’s footballing community.

The song will be performed by David Guetta & Zara Larsson at both the UEFA EURO 2016 opening and closing ceremonies at the Stade de France, as well as at a free concert in Paris on the Champ de Mars, underneath the Eiffel Tower, on June 9th. It will also be integrated throughout the tournament, including during the opening and closing sequences for every TV match broadcast. The fan recordings will then feature as part of a special goal celebration music edit that will be played in stadiums every time a goal is scored, meaning that fans from all over the world will be helping to create a unique atmosphere inside the tournament stadiums.

Boasting over 55 million fans on Facebook and 4 million followers on Instagram, as well as a sales career of 9 million albums, 40 million singles, 2 billion streams on Spotify and 4.3 billion official views on YouTube, he has won 23 different industry awards during his career so far.

Looking ahead to the summer, David Guetta has also recently announced two Ibiza residencies; his legendary FMIF! party at Pacha Ibiza, which runs from June 2nd to October 6th, and BIG at Ushuaia, which kicks off on June 27th before drawing to a close on August 29th.

Whilst having three songs in the UK Top 40 simultaneously, Zara Larsson was hailed “the queen of the charts” by The Guardian back in April. Her brilliant debut solo single ‘Lush Life’ peaked at #3 in the UK. Globally it has reached over 172 million views on YouTube, has gone platinum in 15 countries and has reached the Top 10 in 18 markets.

Her duets with Tinie Tempah and MNEK, ‘Girls Like’ and the Platinum selling ‘Never Forget You’ both peaked at #5 and show no signs of dropping out of the charts. Last month she was unavoidable on UK TV screens performing on The Voice UK and The Jonathan Ross Show on the same night.

The latest single is a testimony to the rising pop queen’s melodious vocals. Jam-packed with hooks and an instantly infectious chorus, it is a sign of big things to come from the Swedish sensation. Zara has safely earned her place as one the biggest rising stars of 2016 and it is only just the beginning.